STILL ON THE ROAD

Daniel Mackay: Introduction to Shadow Kingdom. In The Smoke Of The Twilight. Bob Dylan 2021.

The actual film location was somewhere in Santa Monica, west of downtown LA. It was done in mid-May 2021 in around seven days. The recording of the music and the filming were done separately. Engineered by Mike Piersante, the audio was probably recorded at the historic but recently revamped Village Studios in West LA, once home to the recording of Planet Waves.

The musicians that recorded the music is rumored to have been Greg Leisz (guitar, dobro, mandolin and pedal steel guitar), Tim Pierce (guitar), Jeff Taylor (accordion), and Don Was (bass)

When I Paint My Masterpiece and To Be Alone With You have partly re-written lyrics.

In Watching The River Flow the original lyrics has “people disagreeing on all just about everything,” but here that is changed to “People disappearing everywhere you look/ Only yesterday I seen somebody who said goodbye.” This change could refer to the many deaths around Bob Dylan, or more likely to the Covid pandemic during which so many people have said goodbye to this world.

Lyrics to songs included in Shadow Kingdom can be found here.

Other songs tried but not used were Dignity, If Not For You, If You See Her, Say Hello, Love Minus Zero(No Limit, Oh Sister, Saving Grace, Shooting Star, Simple Twist Of Fate. 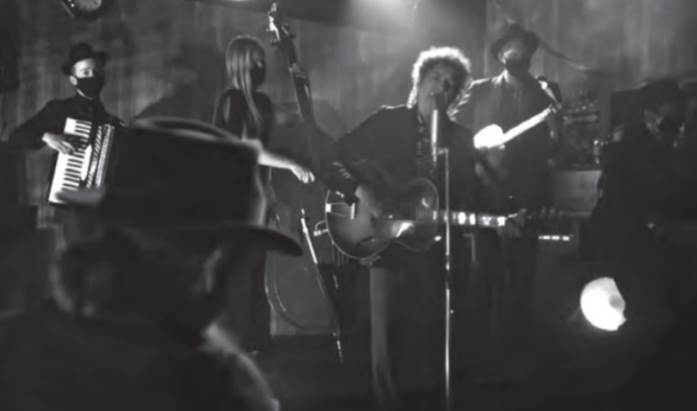