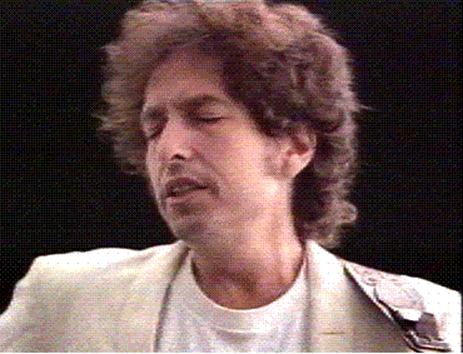 Another year without performing but with a lot of studio time resulting in the Infidels album. This time Dylan apparently also spends a lot of time remixing and dubbing the tracks recorded in April and May.

It took Dylan 19 recording sessions to complete Infidels. As was the case with Shot Of Love a number of great longs were left off, among them Lord Protect My Child, Foot Of Pride and, of course, Blind Willie McTell. These were all later released on The Bootleg Series.

Surprisingly a great number of covers were recorded, but none ended up on the final album, only one, Willie Nelson’s Angel Flying Too Close To The Ground, was used as single B-side on an European only release. During one session even a number of Christmas songs were attempted!

The sessions resulted in at least 244 recordings of 47 different songs and a number of unidentified jams.

The sessions were produced by Mark Knopfler and Bob Dylan. Here's a summary: